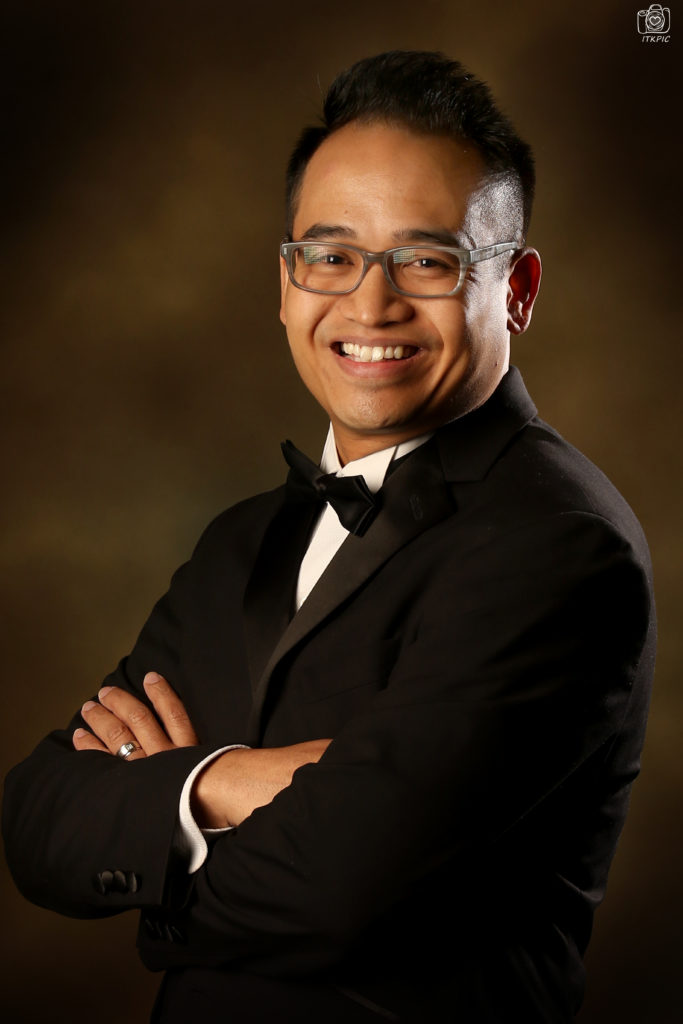 Known for his “enthusiastic performances” and a “Je ne sais quoi well beyond his years” (Oregon Arts Watch), Jason Sabino succeeded founding director Bernie Kuehn as the second Artistic Director of the Oregon Chorale. He is an active conductor, clinician and chorister in the Portland metro area.

Outside the Chorale, Sabino is Artistic Assistant and Associate Conductor at Pacific Youth Choir, where he directs the Boychoir, PYC@Whitman outreach choir, and assists with the mixed high school ensembles Pacific and Chamber. He also directs the Chancel Choir at Southminster Presbyterian Church in Beaverton. Sabino prepares choruses for the Oregon Symphony regularly, most recently for their Star Trek Live and rePlay: Symphony of Heroes concerts.

As a professional chorister, Sabino performs with Cappella Romana, Resonance Ensemble, Trinity Cathedral Chamber Singers, and is a recording singer with Oregon Catholic Press. He has sung under the batons of Helmuth Rilling, Carlos Kalmar and Carl St. Clair. Other highlights include singing back up for Barry Manilow and the Rolling Stones.

Sabino earned a Master’s Degree in Choral Conducting from Portland State University, where he was a graduate teaching assistant and adjunct faculty, directing several ensembles during his time there including the Chamber Choir, Man Choir, University Choir and Community Chorus. He received his undergraduate degree in Choral Music from the University of Southern California’s Thornton School of Music. Sabino studied conducting with Ethan Sperry, Jo-Michael Scheibe, Cristian Grases, and Donald Brinegar. He is also an active member of the American Choral Directors Association.

This website uses cookies to improve your experience while you navigate through the website. Out of these, the cookies that are categorized as necessary are stored on your browser as they are essential for the working of basic functionalities of the website. We also use third-party cookies that help us analyze and understand how you use this website. These cookies will be stored in your browser only with your consent. You also have the option to opt-out of these cookies. But opting out of some of these cookies may affect your browsing experience.
Necessary Always Enabled
Necessary cookies are absolutely essential for the website to function properly. This category only includes cookies that ensures basic functionalities and security features of the website. These cookies do not store any personal information.
Non-necessary
Any cookies that may not be particularly necessary for the website to function and is used specifically to collect user personal data via analytics, ads, other embedded contents are termed as non-necessary cookies. It is mandatory to procure user consent prior to running these cookies on your website.
SAVE & ACCEPT