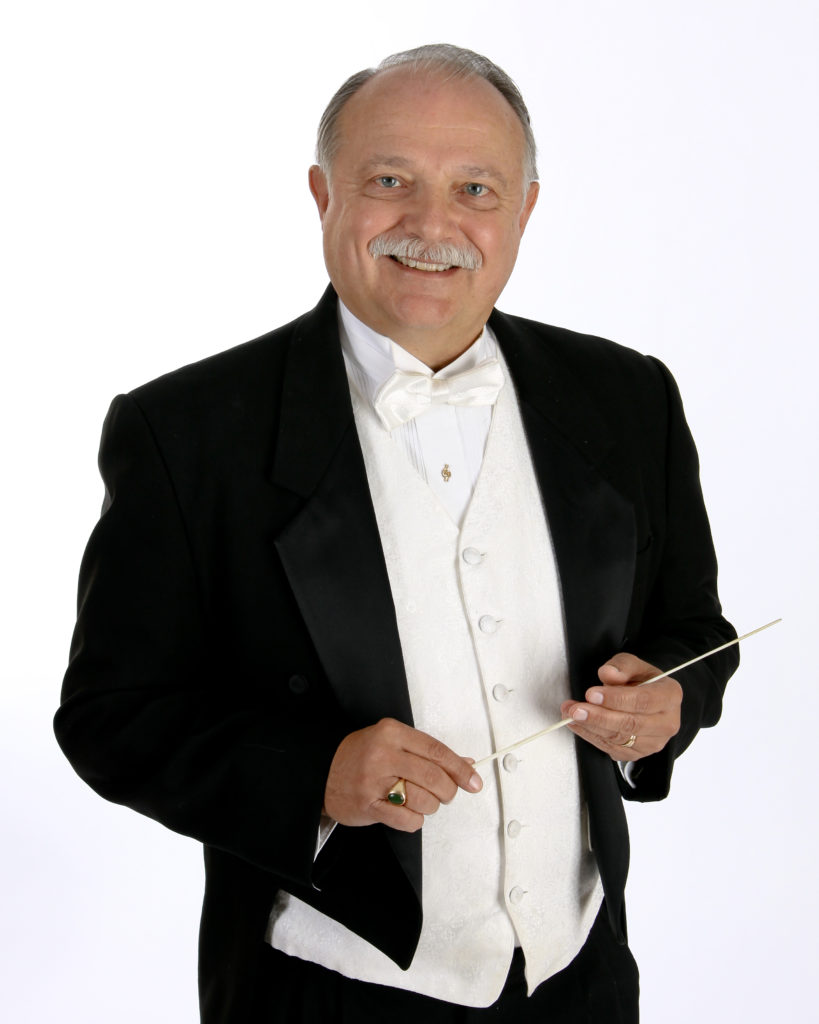 On Jan.6, 1957, Bernie Kuehn first set foot on American soil in New York City. He was on his way to Portland after a harrowing flight across the Atlantic from Augsburg, Germany . He was nine years old and didn’’t speak a word of English. Along with his parents, he was about to embark on a 4-day cross-country train journey, learning his first words of English and getting a sense of this new country. In Portland , a very understanding third-grade teacher and first-grade Dick and Jane books taught him English.

Lots of singing and violin-playing got him through the rest of grade school and Wilson High. He knew by now that Music Education was in his future, and Pacific Lutheran University in Tacoma got him the necessary education. After four years in the Navy (those were Vietnam years) and newly married to Karen from Boston, he returned to P.L.U. for his master’s degree in conducting. His first teaching position brought him to Washington County, twelve years in Gaston, to be exact. There he was able to hone his teaching skills in preparation for ten years at Hillsboro High School. Now, at Century High School, he has his dream job: great kids to work with, and the auditorium is right down the hall.

In his personal life, since he began teaching in 1975, Bernie has sung with the Oregon Repertory Singers , functioned for seven years as the bass soloist and assistant director at the First Unitarian Church in Portland, conducted the orchestra at Pacific University , acted as music director for numerous Broadway musicals at the Theater in the Grove (Forest Grove), and founded the Washington County Chorale . His hobbies include astronomy , model railroading , photography, stamp collecting, and fishing. His family includes his wife, Karen, and his two cats, Koko and Pee-Chee.

This website uses cookies to improve your experience while you navigate through the website. Out of these, the cookies that are categorized as necessary are stored on your browser as they are essential for the working of basic functionalities of the website. We also use third-party cookies that help us analyze and understand how you use this website. These cookies will be stored in your browser only with your consent. You also have the option to opt-out of these cookies. But opting out of some of these cookies may affect your browsing experience.
Necessary Always Enabled
Necessary cookies are absolutely essential for the website to function properly. This category only includes cookies that ensures basic functionalities and security features of the website. These cookies do not store any personal information.
Non-necessary
Any cookies that may not be particularly necessary for the website to function and is used specifically to collect user personal data via analytics, ads, other embedded contents are termed as non-necessary cookies. It is mandatory to procure user consent prior to running these cookies on your website.
SAVE & ACCEPT